T.G.I.Friday and for Friends and Funky Beers!!

Drinking beer is fun.  We know this.  So what's better than drinking beer? 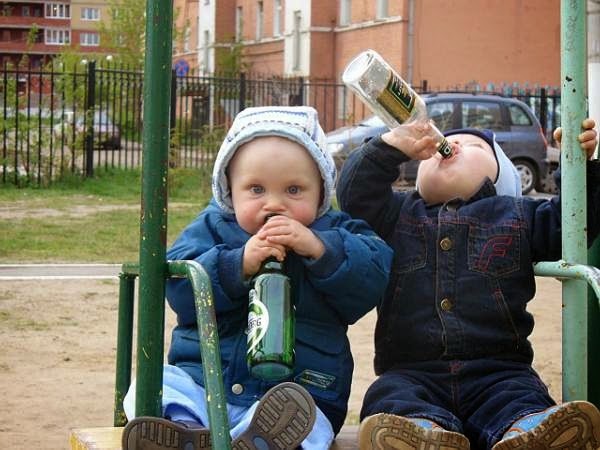 Drinking a beer with a FRIEND!  As I jump back into the blogosphere, I had the pleasure of my buddy Matt joining me this time around.  Let me explain a little... Matt has always been a beer drinker, but the last few months he's shown a lot more interest in the craft beer movement.  Drinking local, different styles, limited releases...  So when he asked me if I would join him to taste Two Roads Brewing Co Urban Funk, I didn't hesitate.

Two Roads Brewing Company, hailing out of Stratford, CT, is CT's largest brewery.  Only 25% of what they output is actually Two Roads beers.  The remaining 75% is all contract brewers (Evil Twin, Stillwater, Lawson's Finest Liquids, etc).  Back in April, they had a bottle release of 3 unique beers, including the Urban Funk.  From the press release...

Urban Funk Wild Ale is the first of several planned releases from Two Roads’ Captured Yeast Series.  With the help of nearby Sacred Heart University’s beer loving Biology Professors Kirk Bartholomew and Geff Stopper, a local yeast strain was captured and propagated for use in fermentation.  The yeast was captured during the evening of Superstorm Sandy so it’s a particularly hearty strain of wild yeast!  Urban Funk will be in corked 375ml bottles and truly funky with a unique, delicious sour flavor and an ABV of 5.6%.

I will admit, about a year ago, I was NOT into funky sour beers.  Don't get me wrong, I enjoyed trying new styles, but sour or wild fermentation brews we're not my thing at all.  I found this style to be unbearable tartness.  I would taste them, but never would I have a full pour at a bar. Since then, my taste buds have certainly come around. I find them to have a pleasant candy-like quality with a surprising refreshingness to them.  Let's see where this one falls...

On the pour, the color had a golden hue to it.  Hazy, honey like... with thin white lacing that dissipated quickly.  The nose reminds us of the early fermentation of wine - white grape must.  It's not too sour on the nose, but the little that I am picking up is making my mouth water.  Taste time!

[Insert sour face here.]  Tart, "green apple like you were picking it right off the tree," says Matt.  Sour candy all up in here.  Usually I try and talk right after I taste a beer to try and pick up on the flavors I'm getting... but truth be told, Matt and I BOTH had a hard time talking because of the sourness!  And in a weird way, my mouth is still watering a bit... almost like I was eating Sour Patch Kids or a Cry Baby.

The finish is dry, tart.  We actually picked up a little grainy sweetness on the back once the sourness got out of the way.

This beer is NOT for everyone, but I'm certainly glad my taste buds have come around.  But, it was $10 and only in 375 ml.  Definitely a treat.  Matt and I both agreed that while we would buy this again, I don't think we'd wait in the 1-2 hr line if they had a bottle release again.  But PICK THIS UP if you can get some.  Thanks again to Matt for braving the bottle release and sharing this one!!

Onto our 2nd tasting... I thought I'd bring over the Allagash Saison that I picked directly from the brewery only a few weeks ago.  It made perfect sense to taste this, too... after all, I brought up some Two Roads Lil Heaven when I visited Allagash Memorial Wkd up in Portland, ME... so here we are tasting THEIR latest year round offering!  (Shout out to Rachel, Nick and all of my friends up in Portland!!)  From their website...

Allagash Saison is our interpretation of a classic Belgian farmhouse style. It is a golden hued beer, brewed with a 2-Row blend, malted rye, oats and dark Belgian candi sugar. Saison is hopped with Tettnang, Bravo and Cascade hops. Fermented with a traditional saison yeast strain, Saison exhibits notes of spice and tropical fruit in the aroma. Citrus and a peppery spice dominate the flavor and make way for a pleasant malt character. Saison is full bodied with a remarkably dry finish. 6.1% ABV.

The pour shows off a very yellow, clear beer.  About a finger of light fluffy white head.  But it's the smells that really drew us in.  I feel like someone filled a bongo bat full of ginger and smacked me over the head with it.  Awesome nose.  There's some grainy sweetness and just a hint of lemon.

Aaaaaaaand this is why saisons are popular.  The taste.  The esters in the yeast shine through.  I feel that people want something other than a Pale Ale or an Amber Ale... BUT, they don't want a bitter IPA or a full bodied Brown Ale or heavy Stout.  The taste on this is a home run... light, crisp, spicy.  White pepper and the ginger all over again.

The finish leaves your taste buds with a crisp, dry mouthfeel.  Which, in my opinion, just makes you want to jump right back in there and taste some more.

Being the latest year round beer, this shouldn't be too hard to find.  I would absolutely get this again.  Great summer go-to if you aren't sure what to bring to your next cookout or picnic.
Posted by Unknown at Friday, June 20, 2014 3 comments