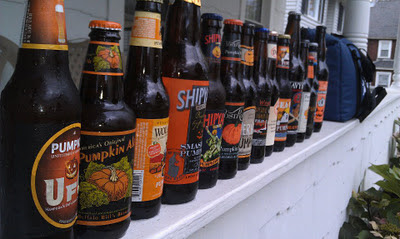 So after months and months of planning... it all came down to this past Sunday. The stage was set... the field was locked. Out of the new craze that is Pumpkin Beer, I found several individuals that were willing to embark on a journey that not many would DARE try.

Including myself, I found 8 adventurous people, willing to put their pride, their needs, wants and MOST IMPORTANTLY, their taste buds on the line to determine which Pumpkin Beer stood out among the rest.

16 Pumpkin Beers Enter. But only one leaves victorious.

At a quick glance... one might think that Dogfish or Shipyard would be the heavily favored beers since they've had the most experience. But how would the newbies of the Pumpkin World stack up... like Sam Adams... or would a rare find on the East Coast like Uinta (out of Salt Lake City), swoop in and take the title...

We took the field of 16 and split them up into four regions, similar to how the NCAA tournament is in College Basketball around March. We took heavily favored beers like Weyerbacher (last year's runner up), and Post Road Pumpkin Ale (Two Time Champion) and gave them a #1 seed. After we passed out 4 top #1 seeds, we gave out the #2, #3, and #4 seeds in each region. Then, in a separate room, we had someone who was not taking part in the tasting randomly pick out the matchups so we had no idea which beers would be facing off. Once things kicked off, we were handed Beer A and Beer B. We smelled... tasted... compared notes... debated... fought... clawed... kicked... Until after about 2-3 minutes, we voted.


And there you had it... Matchup #1 in the books. We had pairing after pairing after pairing... breaking in-between rounds to let our palates return to normal. Some votes went 8-0... while others were more split, 5-3. In one case, we had a 4-4 result, ultimately having one of the proctors try the beers and voting for their favorite.

Its amazing to break down Pumpkin Beer after Pumpkin Beer... sweetness, spiciness, booziness, the nose, the finish, is it Crisp? Balanced? Tart? Fruity? Malty?

As the day drew on, we headed into the finals... Tensions were high and palms were sweaty. Beer A and Beer B. Who would get the FINAL VOTE!?!?

BEER A:
"A" was delicious, but definitely had a lot of sweet characteristics. subtle spice notes, malty with a big pumpkin nose. The sweetness was a little over the top for me. It was really good, but the question was... Could have I more than one? I don't know. This would be a GREAT beer to crack open to start the night off, or for a special occasion, but overall, I don't know how MUCH I could drink. A felt like it would be good to have one and move onto something else, less sweet. This guy had a strong alcohol presence too. Probably came from one of the 22 oz bombers if I had to guess...

BEER B:
"B"... WOW. I knew this last vote would be the toughest one on the day. I really liked this beer. A little spicier than A, with lots of cinnamon and clove notes. Both beers has more of a Pumpkin Pie type mouth-feel... where as some of the other beers we had on the day at a crisp, fresh pumpkin taste. "B" was sneaky though... yes, there were alcohol qualities to this one as well... but when compared to BEER A, it wasn't as evident. And another thing I enjoyed about this beer was the sweet factor. Not as high as BEER A, and slightly maltier. VERY drinkable. I could probably have a few of these without ANY problem.

ALL IN FAVOR OF BEER A:

ALL IN FAVOR OF BEER B: 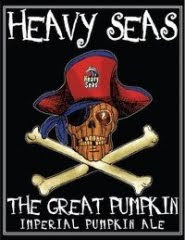 So congratulates to the Weyerbacher Imperial Pumpkin Ale (weyerbacher.com) for taking this year's TITLE!!! LADIES AND GENTLEMEN... YOUR 2011 CHAMPION!!! 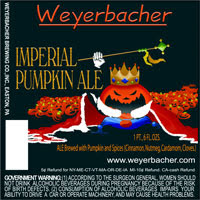 I really liked Weyerbacher's offering this year, so its no surprise that it took this year's championship home. What WAS surprising though... I have to give out ONE MORE AWARD on the day. Now, as we set up the field of 16, this beer was practically an afterthought. But when the names were revealed... it turned out to be in our FINAL FOUR!!

So congratulations to this year's COMEBACK PLAYER OF THE YEAR, Wolavers Pumpkin Ale!! (wolavers.com) 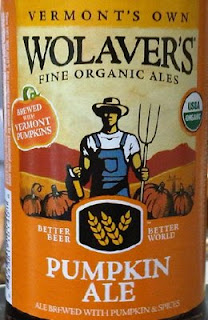 All in all, it was a GREAT day. And while we've had other pumpkin tasting before, I have to thank Beeriety for giving us the idea of having this tasting in the tournament format (blog.beeriety.com). And to my girlfriend, Michelle for the seeding/region idea, and to EVERYONE that helped out on the day. It was a glorious day of pumpkin goodness.

...and I'm already looking forward to the 2012 tournament.

I did record a few segments for the Beercoasters Podcoast (beercoasterspodcast.com), so STAY TUNED if they end up using our our footage in their weekly podcast!!

Enjoy those pumpkin beers while they are still on the shelves!! Winter varieties are already starting to invade the packies!! 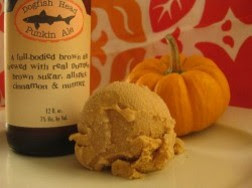