Time of the Season

There's been a little growing debate these days... so I decided to jump into the fray.

I've noticed a consistent theme year after year the older I get. No, its not that I haven't grown since 8th grade... this is a beer blog, FOCUS! We're talking booze here.

"All the brewers want to be first to market. The first beer of the season you try is the one you’re going to stick with most likely and has switched your taste-season to the next season."

They bring up a lot of valid points... but it really depends on where you stand. The impression that they got from the breweries that they've talked to is that its a race to get to the market first. Get in the face of the consumer and you'll stick with them for the remainder of the season. Yeah, I guess that COULD be true... but certainly not in my world. I remember back in the beginning of August, I was VERY excited for the upcoming Pumpkin beer season. (Definitely one of my favorites along with the Holiday/Winter season.) So there I was the day before my buddy's wedding... August 5th. At the local packy... And would you believe it? UFO Pumpkin Ale. Shelved and stocked. Pumpkin Ales?? On August 5th?!? Really???

As much as people say that being the first to the market has a lasting impression on the consumer, I felt it had the reverse effect on me. Here we are in the final month of the Fall/Pumpkin beer season, and I have YET to have the UFO Pumpkin. Regardless of the REAL story, I felt like they rushed the brewing process just to get it on the shelves. So every time I've seen it, I look right past it.

That being said, I've actually heard a lot of good things about the UFO Pumpkin Ale. So no offense to the brewers at the Harpoon Brewery. And I usually dig most of the stuff Harpoon puts out, but I just avoided it BECAUSE it was first. The breweries that took their time, Smuttynose, Heavy Seas, Shipyard (Smashed Pumpkin), Brooklyn Post Road..., those are the beers that I grabbed off the shelves when they arrived.

Switch gears for a second... Let's go into the Sporting World... This situation is similar to how I view where we are with Yankees/Sox games today (bare with me, I'm making a point). When I was growing up, the Yanks would play the Sox maybe 9 times a year... maybe a few more. Every game was important. Now, in today's day and age, due to their high demand, the Yanks and Sox play each other over 20 times a year. Bottomline, people will pay good $$$ to see them play each other. TV stations will get great rating every time they're on TV. Everyone makes money... but the beauty of it, has lost a bit of its luster. But is that REALLY bad? And looking at UConn sports, we are on the brink of potentially leaving the Big East to join the ACC. If that is the case, of course it will be sad to see us leave the conference. But, being a positive thinker, let's focus on the good parts. Joining the ACC would mean more Duke/UConn games. I loathe Duke. I respect them, but when I see a Duke jersey, I get that "did you just kill a kitten" kinda feeling. Sorry, its how I was raised. So needless to say, I bleed for UConn/Duke games. '90, '99, '04 - Those are a part of UConn HISTORY!! And if we do join the ACC, there will be more and more Duke/UConn showdowns. Still very cool... but not as "magical" as they were in the past.

So where does that leave us in our quest for maintaining all that is sacred in terms of Seasonal beer? Have we lost the "magic" ? Is August too early for Pumpkin Beers? Yes, August is too early... but I think we have to find other ways to keep the magic going. There are new breweries that pop up all the time, and ESPECIALLY for Pumpkin beers, recipes are CONSTANTLY changing. More spice, less spice, more malt, more boozy, more pumpkin taste... And you have to admit, the increasing demand for Pumpkin beers is much higher than its been in the past... I can remember the pumpkin season lasting about 3 weeks in September. If you didn't jump on board until October, it was SLIM PICKINS. Now, while it IS starting much earlier, at least its lasting until October. So technically we're getting almost 4 more weeks!!

My advice to you, TAKE CONTROL OF THE SEASON!! If you see those beers that you have been waiting for, but AREN'T QUITE in the mood to crack it open yet (Pumpkin, Holiday, Spring, Summer), then find a good place to cellar your purchase at home and open it when YOU are ready, rather when the brewery wants you to be ready.
Posted by Unknown at Wednesday, September 28, 2011 4 comments 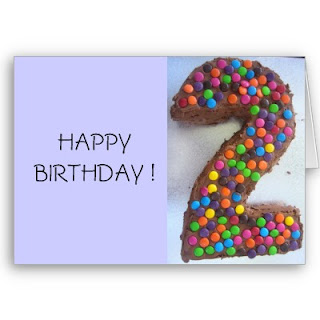 Wow... Two years old. Never knew how long Kate and I would keep this going, but we've had a blast bringing the knowledge of our favorite beverage and humor to all of our readers. Thank you so much for your support... We've learned a lot too and continue to find new things out everyday. Our readers ROCK!! 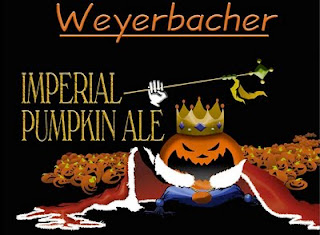 So for our birthday... Let me take you back to a beer that my buddy Jim and I found the other night. Well, we didn't "find" it, I mean Weyerbacher is a good name in beer, but we were on a mission to find a Pumpkin ale on draft. After all, the Pumpkin Ales have EXPLODED in the CT Packies so one would think that a draft Pumpkin Ale wouldn't be hard to find.

Well, we didn't find it until we got to our 3rd establishment... and boy was it worth the trip. Now, one thing to keep in mind, Weyerbacher is the favorite Pumpkin beer of our good friend John year after year. See, every year we set up a pumpkin beer tasting where we blindly taste about 10 pumpkin beers to see which one we like the most. For two years in a row he's picked this out BLINDLY as his favorite. That being said...

If this year's Imperial Pumpkin offering on tap is ANY indication how good it is in bottles, I think the other Pumpkins out there better cower in fear.

This beer is NOT a Pumpkin session beer... no M'am. At 8%, this was served in a snifter type glass. The color was dark orange with a slight red hue to it. It also had about two fingers of white fluffy head.

The smell that I got from this glass is a combination of Pumpkin Pie and Happiness. Ok, the happiness part is my own contribution, but you get the idea. Cinnamon, cloves, pumpkin, nutmeg... all in the mix there.

Tasting... whoa mama. I dare you to try and not smile after taking a sip. Lots of the smells back up the taste here. Really no surprises. Full of flavor and malt. Slight nuttiness as well with a little orange peel. I must say, as a hop head, I enjoyed the hop/flavor balance throughout. When drinking this beer, you know the ABV is higher than most, but hard to realize that its way up there at 8%. Gotta love that Ninja ABV...

The finish just keeps the party going. Smooth, dry... Medium-bodied. Tons of pumpkininess. The sweetness is not too over the top at the end, but you do get a slight caramel presence.

I have to add that this WAS my first draft pumpkin beer of the season. Looking over some of the reviews online, this beer seems to be all over the map. Some LOVE, while some felt like it's "Not in the same league" as the other pumpkin beers. MOST of the reviews I noticed however are from drinking out of the bottle. Well, MOST beers are BETTER on draft, no? But even after having it both on draft and the bottle, I have to say, this is one of my favorites of the season. As the weather starts to change, crack open the Weyerbacher Imperial Pumpkin to warm you up on those cool Fall evenings.

Ok, great, Tone... you just reviewed a pumpkin beer and said it tasted like "pumpkins". Awesome. What's my takeaway from this? Is it good? What makes it different from other pumpkin beers?

I get it... You wanna know if you should get this. Several things to keep in mind is the high ABV (8%), medium-bodied quality, and lots of spice. If you are having a gathering and want to have a few pumpkin beers throughout the evening, this may NOT beer the best pumpkin beer to grab. But, if you plan on just having like one or two, and enjoy beer with a little more gitty up, than this is for you.

Quote of the Week:

[Referring to AB (Anheuser Busch) products] "I'd rather be seen in public with a Zima." - Beercoaster Mike from the Beercoasters Podcast
Posted by Unknown at Friday, September 02, 2011 0 comments